Spotlight in BLACK AND WHITE magazine 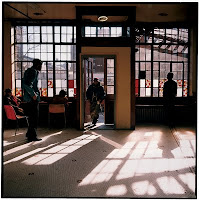 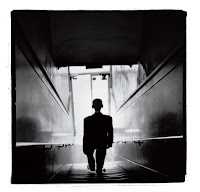 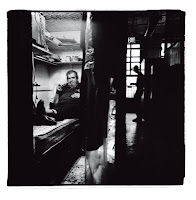 A portfolio of images from "Flophouse: Life on the Bowery" is featured in "Black and White"a magazine for collectors of fine photography. Below is the profile written by Dean Brierly:


For the past 30 years, Harvey Wang has photographed America’s outcasts, eccentrics, dreamers and iconoclasts. The photographer himself, however, prefers a simpler word: individuals.
“What fascinates me is that anyone and everyone is an outsider, a loner or a misfit, and the fact that those words are often meant pejoratively shows how far our society will go to punish people for nonconformity,” he says. “My interest is in the exquisiteness of individuality, and its implications for how we should live.”
That commitment to the singularity inherent in us all has informed a body of work that includes five books that cast revealing light on little-seen corners of life in America. Arguably the most emotionally charged of these is Flophouse: Life on the Bowery (Random House, 2000), from which the images on these pages are taken. Flophouse depicts with great sensitivity inhabitants of the last skid row lodging houses in New York City. Wang’s collaborators, oral historians Dave Isay and Stacy Abramson, interviewed residents in four such institutions while Wang took their portraits. The book focuses on a segment of society many would prefer to pretend doesn’t exist, yet Wang disclaims any political subtext.
“On one level, I was seeking to show the beauty of these simple places that are on the verge of oblivion. But more importantly, I wanted to show the humanity of a population that was largely shunned by the people of this city. What we learned from the residents of the flophouses was that in some cases, all it took was a small setback — like the loss of an apartment or a job or a divorce — to precipitate a devastating downward spiral. Within months, one could easily find oneself in dire circumstances without any safety net.”
As in virtually all of his work, Wang’s visual approach is grounded in simplicity. He doesn’t editorialize or impose his viewpoint on his subjects, but lets them define the parameters of how much they want to reveal. Wang earns their trust and respect, makes them feel comfortable in front of his camera, and ultimately allows them to decide where and how to pose. The resulting portraits resonate with rare honesty, revealing weakness as well as strength and, in the case of the flophouse series, a surprising range of attitudes regarding their lot in life.
Resident “Fat Anthony” gazes out of a grilled window at a bleak cityscape with an enigmatic expression that seems poised between resignation and longing. “Tattooed Man” provides a contrast of fierce pride and defiance that betokens a refusal to go quietly into that good night. Images like “Man on Stairs” and “Paul, Andrews Hotel” project varying degrees of melancholy, disquiet and acclimation.
“The residents of the flophouses become like family to each other,” notes Wang. “Some of the men are clearly ‘passing through,’ but for those who see themselves as permanent residents, it’s a difficult and painful life. The flophouses could be dangerous places, rife with drug and alcohol abuse, where residents could be robbed, hurt or even killed. I was awed by many of the men we met who found the strength to subsist in those circumstances, and those who found ways to protect their hope and pride. It was humbling.”
Born in Queens, New York, in 1956, Wang determined from an early age to use photography as a passport with which to explore wider geographic, social and cultural horizons. While a student at the State University of New York at Purchase, he embarked on a photo project in the Appalachian Mountains that depicted the impact of mass culture on folk traditions. He has remained faithful to the theme of the individual’s relationship to society through his photographic endeavors, award-winning film and television projects, and even commercial assignments.
“What has influenced my development most as a photographer is my feeling that rampant egoism, unbridled and amoral consumerism, and materialism are eroding our humanity,” Wang states. “As I was growing up, I felt a real discomfort seeing those aspects of life around me. That discomfort compelled me to seek out people and places that felt more real — people who had a different frame of reference — to celebrate that and hopefully to learn something from it.”
Posted by Harvey Wang at 8:40 AM