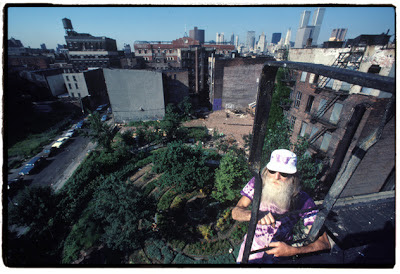 Three of my photographs of Adam Purple and The Garden of Eden are featured in the New Museum exhibition “Come Closer: Art Around the Bowery, 1969–1989.”   The show runs from Sept 9, 2012 until January 6, 2013.
The exhibition features original artwork, ephemera, and performance documentation by artists who lived and worked on or near the Bowery in New York. During these two decades, the Bowery was commonly identified with the furthest extremes of metropolitan decline—municipal neglect, homelessness, and substance abuse. As landlords and civil services abandoned the neighborhood, the subsequent cheap rents and permissive atmosphere drew artists downtown. The Bowery’s lofts provided a social network where painters, photographers, performance artists, musicians, and filmmakers exchanged ideas and drew inspiration from this concentration of creative activity.

In those years, I was living in a loft in Chinatown with five other artists.  I began documenting Adam Purple's remarkable Earthwork in 1977, and was there in 1985 when the city began destroying it to build low income housing.  Adam started the garden in 1975 on the crime-ridden Lower East Side.  By 1986, The Garden of Eden was world famous and had grown to 15,000 square feet, spanning five lots.  For Adam - a social activist, philosopher, artist and revolutionary - The Garden of Eden was the medium of his political and artistic expression.

The film Amy Brost and I made about Adam has been seen in film festivals all over the US, and won The Neighborhood Award at the first Lower East Side Film Festival. 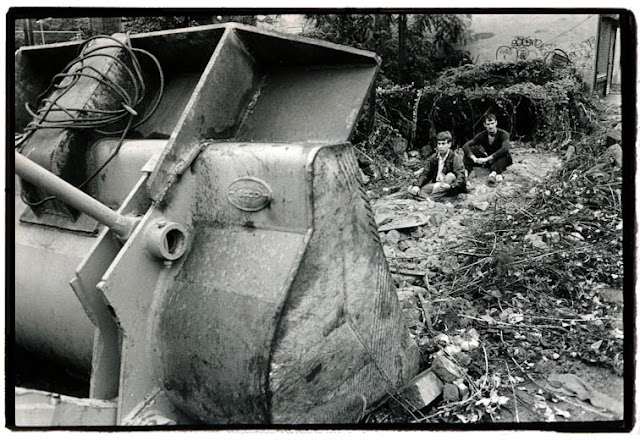